Mike
I am an internist doing primary care and hospital medicine in New York City. I hate quackery and those who profit from it. I also detest lawyers (except my brother of course).

THE FDA IS SICK AND NEEDS HELP BADLY

This is my first post to a blog. Hopefully I can vent here and no one will really care, right? I mean, no fact checking, no angry reprisals, just an unhealthy explosion of rage. I don't know where to begin, so I'll begin in the middle.

For anyone who didn’t know that our government and the FDA have become corrupt and rotten just needs to read the excellent editorial in this weeks’ New England Journal of Medicine by Dr. David B Ross. Just click here.

Essentially, that great American Dr. Andrew von Eschenbech (you remember him, he’s the same douchebag who blocked Barr pharmaceuticals approval of Plan B contraception for women, check here) allowed Ketek, the bogus unnecessary antibiotic on the market in August 2004 (do we really need another drug to treat sinusitis and URI’s that don’t need treatment anyway) , which was a freaking bonanza for Sanofi Aventis. (stock went from mid 30’s in 2004 to above 45 by 2006). Even after July 2006 rolled around and the FDA was aware of 35 cases of liver toxicity and four deaths, as well as a front page expose by the New York Times (click here), this subhuman group of losers didn’t remove the drug from the market. Even after they realized that Sanofi’s so-called “post marketing” safety analysis consisted of physicians committing fraud (one of them is doing 5 years in a federal prison for this because she just MADE UP patients for her income) they continued to cite this study when safety concerns were raised. They finally were forced to stop citing this so-called "study" when that magical phrase was floated…”Congressional Oversight Committee”.

Von Eschenbech and the whole lot of them need to go away, FAR away. But god forbid the Bush-meister or anyone in our current pathetic over bloated government does anything to protect its citizens. Anyone who saw “The Constant Gardener” better wake up and realize that its not just African kids getting TB who are being used as lab rats, its US! 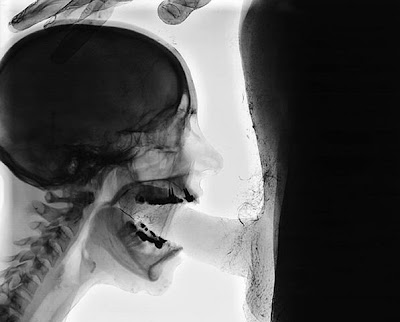 I need a Riddle ASAP! i know this sounds extreamly werid but i need a riddle. Dont ask why just give me something!! thanks!


Health is one of the many aspect in our life that we should take good care because if we are sick , we became useless and unimportant. We loose hope and everything became stagnant. Visit my site for more information. Thanks.